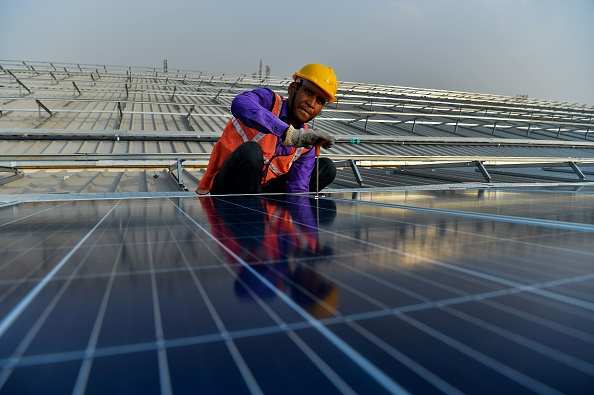 The government has granted major relief to solar power developers, allowing deadlines for project development to be extended in cases where there were delays caused by circumstances beyond their control.

Developers had raised an alarm over a letter from the Ministry of New and Renewable Energy (MNRE) this month directing all states to strictly enforce deadlines for solar projects, eschewing extensions, as reported by ET on July 18. The ministry has now sent another letter that takes into account the concerns raised.

“If there are delays of any kind on the part of the state government … like land allotment, transmission or evacuation facilities, connectivity permission or force majeure, the competent authority in the state may consider providing extension of the time duration,” the letter dated July 28 said. Both letters are written by Dilip Nigam, an adviser to the National Solar Mission at the ministry.

Solar tariffs have fallen dramatically in the last two years, from around Rs 7-8 per unit in mid-2015 to aroundRs 2.50-3.50 at present, mainly due to a steep decline in the cost of solar cells and modules caused by global overproduction, especially in China. The MNRE was concerned that solar developers who had won projects earlier at relatively higher tariffs — when equipment costs were also high — might delay their purchase of solar equipment to benefit from falling prices and thereby reap windfall profits.

“One of the reasons for falling tariffs is lowering of prices of solar cells/modules internationally,” the first letter, dated July 3, said. “Falling prices may give undue benefits to developers at the cost of the government if project duration is extended… It is important that already awarded projects are completed on time.”

Power purchase agreements (PPAs) usually include severe penalties for failing to complete a project on time, but these are frequently not enforced and developers given extensions should they ask for them.

The letter evoked strong protests from developers who pointed out that project delays were often due to lapses on the part of the state government or the concerned power distribution company. They even feared the letter could be used by state discoms to renegotiate PPAs, citing the fall in equipment prices.

The second letter has made it clear that if a state government was culpable for any delays, the developer should not be made to pay for it. “It is clarified that the ministry had requested not to give time extension (only) if all the obligations are fulfilled by the concerned state government in a project,” it said.

Ritesh Pothan, is an accomplished speaker and visionary in the Solar Energy space in India. Ritesh is from an Engineering Background with a Master’s Degree in Technology and had spent more than a decade as the Infrastructure Head for a public limited company with the last 9 years dedicated to Solar and Renewable Energy. He also runs the 2 largest India focused renewable energy groups on LinkedIn - Solar - India and Renewables - India
View all posts by Ritesh Pothan →
This entry was posted in DISCOM, Government, Grid Interactive Distributed Solar Energy Systems, India, MNRE, Regulations and Procedures, Renewables, Solar and tagged Dilip Nigam, mnre, Power purchase agreements, PPA, Solar, Solar Developers, Solar India, solar photovoltaic power. Bookmark the permalink.